Earlier, Residents of Mulshula village told Kashmir News Bureau that brick Kilns construction on agricultural land in the village, which was stopped by concerned authority last week, has been resumed again.

They said that on 18th February, a team deputed by Tehsildar reached the spot and construction related work of a brick kiln on agricultural land was immediately stopped, “But now after few days the work has resumed again.”

Locals of the area told Kashmir News Bureau that a JCB was put to work again and bricks were amassed at the site.

“We were shocked to see that illegal construction has started again. Last time, the concerned authority made them stop but we don’t understand why weren’t any strict action taken against these people,” they said.

Concerned about the health of their families and the fertility of the land in the vicinity, which is majorly used for agricultural activities, locals demanded strict action against the violators of ‘Jammu and Kashmir Brick Kilns Regulation Act 2020’.

“We are not familiar with these laws, but everyone here knows that any type of construction on agricultural land is not permitted and if a brick kiln is established the thick smoke from it will not only deteriorate the condition of the surrounding agricultural land but also cause serious health issues among the residents of the village” an elderly of the village said, adding that authority must put a stop to it once and for all. 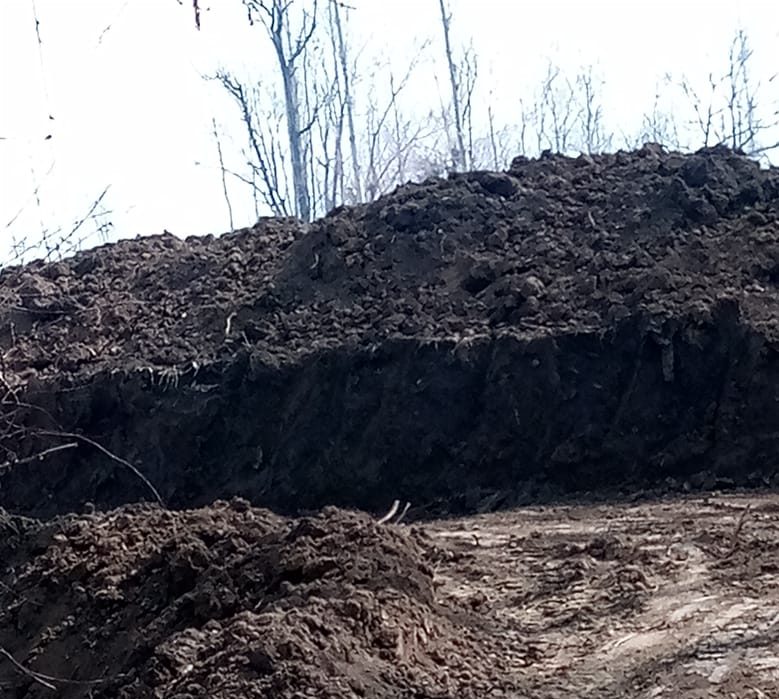 Pertinent to mention that on 18th February, Kashmir News Bureau carried a story about the illegal construction of a brick kiln—taking place on the agricultural land in Mulshula village of Beerwah Tehsil—regarding which, Tehsildar had deputed a team to the spot and work was stopped.

Now, about the work being resumed again, Tehsildar Haroon Rashid told Kashmir News Bureau that the construction work was started again during the night.

He said, “In the morning, concerned Pathwari informed me about the resumption of work over the agricultural land and immediately, I deputed a team to the spot to collect all the details.”

Afterwards, “Naib Tehsildar has forwarded a report for FIR and warrant has also been issued against the violators,” he said.

Haroon Rashid said that the construction related work was started during the night and violators—Maqbool Ganai son of Ali Mohd Ganai and Mahd Bhat son of Ahmed Bhat—both residents of Mulshula village, have been booked under section 133 of Land Revenue Act. (KNB)