Srinagar 17 March (KNB): Lt General DP Panday on Wednesday took command of the Srinagar based 15 Corps, which is responsible for all military operation in Kashmir valley. 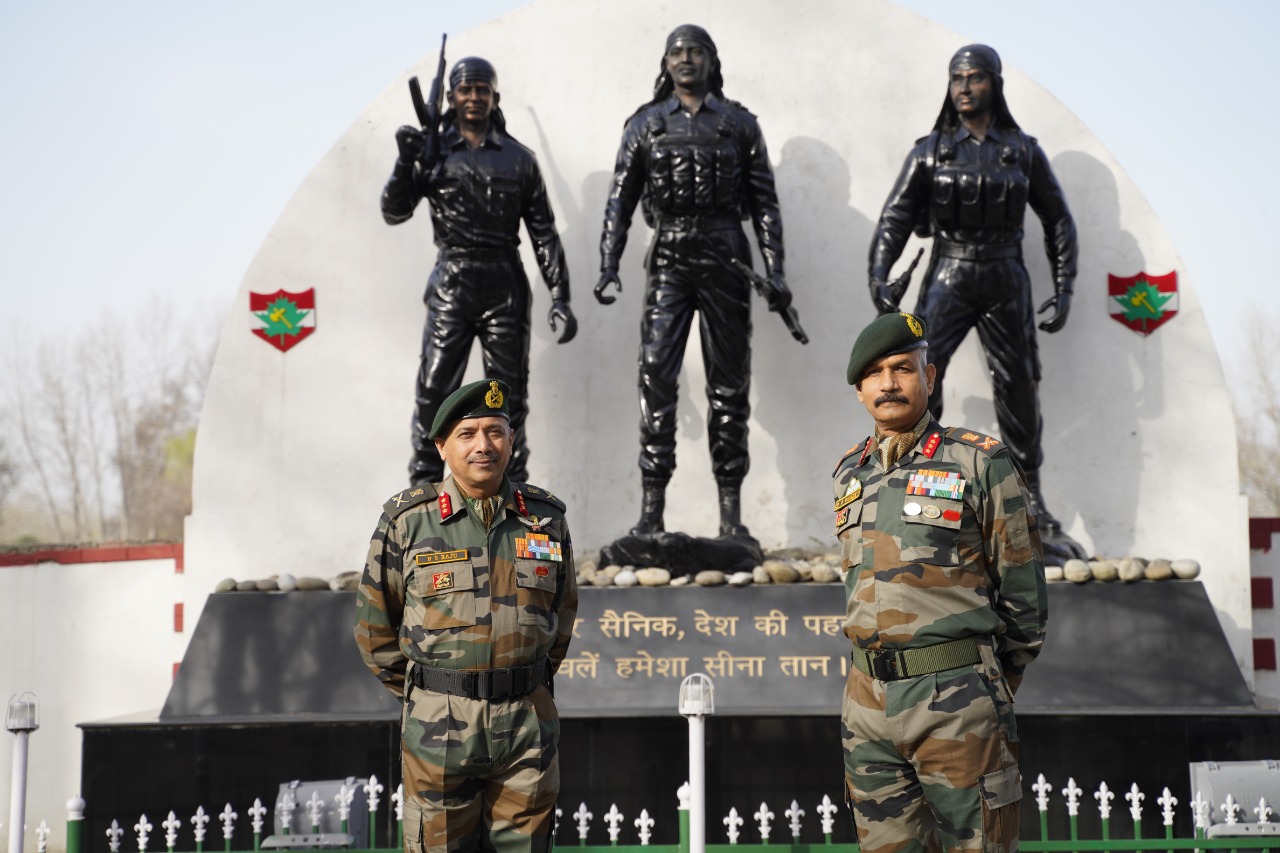 Belonging to Amahiya near Gorakhpur District of Uttar Pradesh, Lt Gen. Panday was commissioned into the Sikh Light Infantry regiment in December 1985 and is an alumnus of the National Defence Academy, Khadakwasla, Pune, Maharashtra.

Pertinent to mention that Lt Gen Raju’s tenure over the last one year is defined by an improved security environment prevailing both on the Line of Control and in Kashmir. With the civil administration and security forces synergising their efforts to bring normalcy back to Kashmir, terrorism is on decline with assessed residual terrorist numbers being the lowest in a decade.

On the Line of Control, his approach combined a forward heavy deployment enabled by a dense electronic and surveillance grid. Pakistani cease fire violations were dealt punitive responses resulting in operational ascendancy by the Indian Army.

To complement relentless and successful counter-terrorist operations, Lt Gen Raju ensured an improved Soldier-Citizen connect. This effort included many successful events all over the Kashmir Valley, co-opting the Awaam in various sports, culture, arts, education, skilling and health initiatives. The Army effectively used its deployment grid, especially in far-flung areas to be the first respondent in case of need. Grassroot interactions such as intra-dialogue within the youth and ‘Day with Company Commander’ received overwhelming response.

Gen Raju strongly propagated for a second chance to the misguided youth, as he believes this to be critical to achieving lasting peace in J&K. The Army has taken proactive steps to connect with the youth including those who have picked up the weapons against the state. There has been a collaborative effort alongwith society members, families and other stake holders to encourage and facilitate return of the misguided youth from the path of terrorism. The effort has got an encouraging response, success in terms of surrenders and support from all sections of the society, and will get additional impetus in the coming months.

Having served as Uri Brigade Commander, GOC of Victor Force and now as GOC Chinar Corps, Gen Raju reinforced and institutionalised high professional standards and ethical conduct in combat operations. He moves to assume higher responsibilities as Director General of Military Operations of the Indian Army.

On the occasion of Republic Day, Lieutenant General BS Raju was awarded the prestigious Uttam Yudh Seva Medal (UYSM), in recognition of this contribution in taking Kashmir on a positive trajectory on the path of lasting peace.

In his farewell message, Gen Raju complimented all ranks of Chinar Corps for their dedication and hard work, he also thanked JKP, CAPFs, Civil administration and the Awaam for their relentless support in the joint efforts towards peace and prosperity in J&K.

He conveyed his greetings and best wishes to the Awaam of Kashmir and the entire Chinar Corps fraternity. (KNB)