A statement issued to Kashmir News Bureau said that during the visit, Mattu interacted with the devotees, local representatives and other social workers.

During the course of interaction the locals put forth various issues/demands before the Mayor, who assured early redressal of the genuine issues/demands in a time bound manner and passed on spot instructions to the concerned regarding the demands projected by the locals. 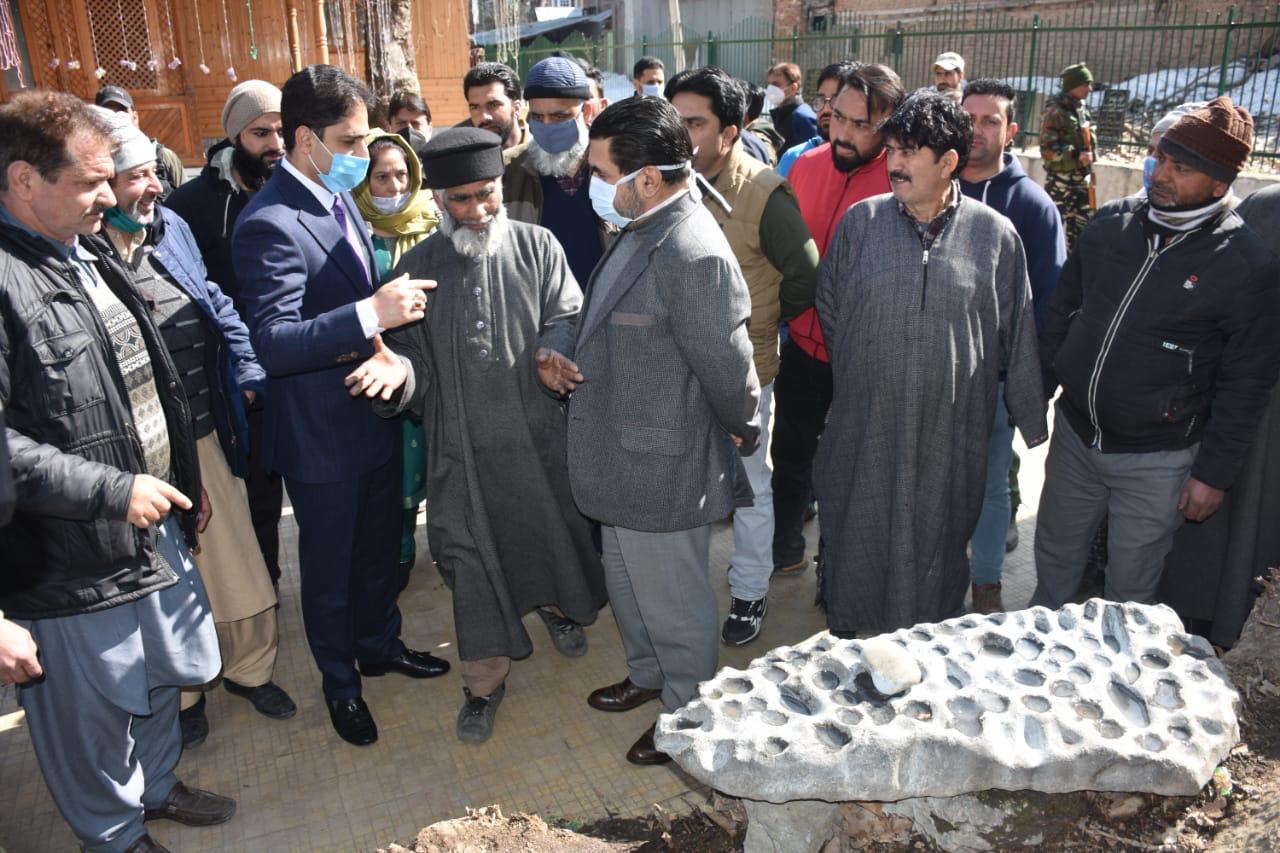 While discussing various initiatives to be taken for up-gradation and upliftments with regard to SMC works, Mattu also called for creating a separate space for male/female devotees with a view to maintain privacy within the shrine premises.

With regard to the facility of streetlights within the premises of shrine and its adjoining areas, Mattu passed on directions to the concerned to install high-mast lights and make all the street lights fully functional.

While stressing on the need for having a community hall in the said area , Mayor at site passed on directions to the concerned officials to prepare a detailed DPR for construction of one community hall within weeks time so that the locals of the area can have a place to organize social gatherings/functions without any hassle.

Besides the need of Community hall, a lavatory block is required to be constructed on the analogy of CTPT further reiterated Mayor SMC.

Directions were also passed for implementation of initiatives of SMC like Sanitation, Solid Waste Management and other developmental activities.

Furthermore, directions with regard to development of Park at Astaanpora were also passed on the occasion. (KNB)

Bike Rally Organised for Awareness Against Drug Abuse in Bandipora

PSAJK Offers Government to Take Over its Transportation Wing

Bike Rally Organised for Awareness Against Drug Abuse in Bandipora

PSAJK Offers Government to Take Over its Transportation Wing