‘Within Two-Three Days the issue will be resolved’ says Management

Ganderbal 23 February (KNB): Students of the Central University of Kashmir (CUK) are suffering due to inadequate transport facilities, which led to overcrowding in the few buses available, resulting in violation of Covid-19 Standard Operating Procedures (SOPs).

Several students, after staging protest outside the university campus, said to Kashmir News Bureau that the management of CUK has not been providing a proper transport facility to them. The few buses allotted by the CUK for several routes throughout the city get overcrowded as the students’ rush to join the classes increases with the time.

They said, “Since the reopening of colleges and universities, the management of CUK has been telling us that within two days more buses will be made available to the students belonging to different areas, but no commitment from them seems to work on the ground.”

The students further alleged that some of their colleagues could not board the bus because of the jam-packed condition of it. “Students unwillingly got on the bus because barely any seat was available to sit in. I saw a couple of students first looking into the bus as the others were already standing in it, and at some stops, several students could not even get the chance to join the ones standing,” said a student. 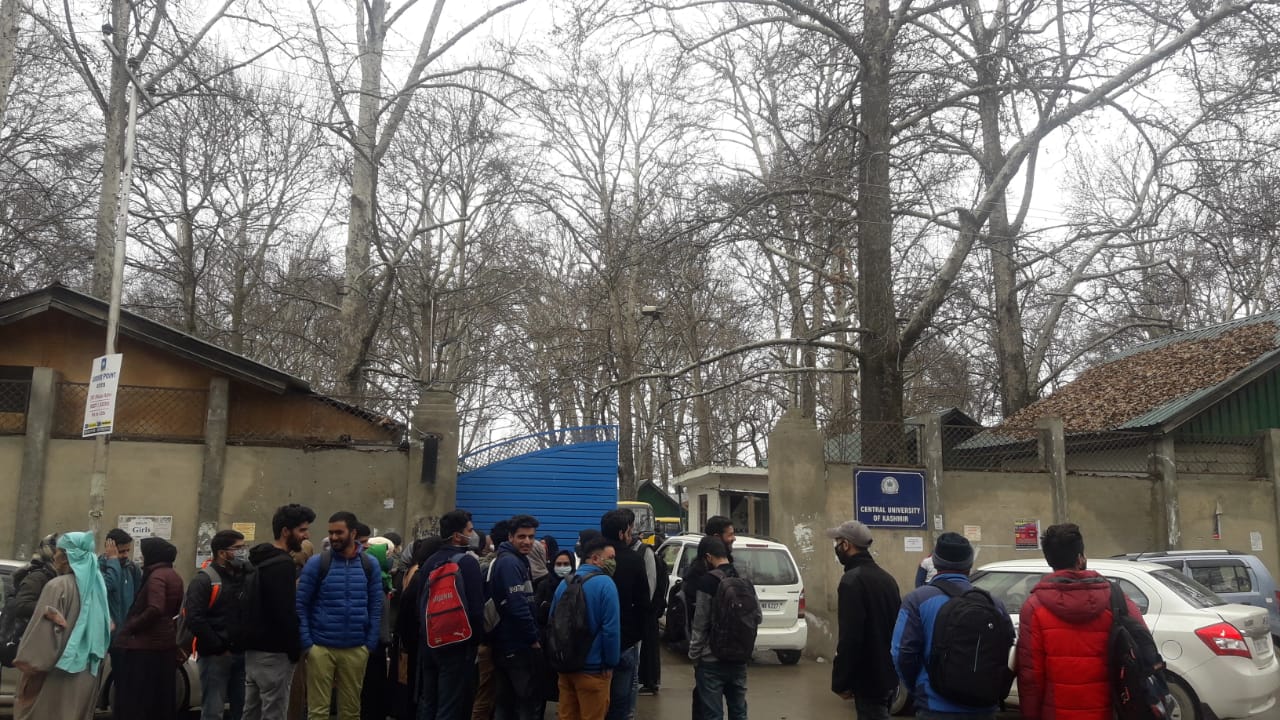 While talking to the CUK’s incharge transport Gowher, he said, “We first ran the available vehicles on a trial basis to figure out how many students are coming. As now the students have started to register themselves online, we will hire more buses accordingly.”

He further added that after two to three days, the problem would be resolved. “Almost 600 students have registered themselves online for the transport facilities, and accordingly, more vehicles will be made available for the students,” he assured.

Regarding the Covid19 SOPs violation with the overcrowding of buses, he responded that they are taking the issue on a priority basis and will be solved soon. (KNB)