In Oct 1947, the Corps got tethered to Kashmir for the first time when its 161 Inf Bde was tasked to fight the invading Pakistani regulars and Kabailis.

All operations during 1947-48 Indo-Pak conflict were controlled by HQ Jammu and Kashmir Force.
Later, on 04 January 1955 the Corps was entrusted with the role of complete security of the State of Jammu & Kashmir at Udhampur.

The Corps made commendable contributions during 1965 & 1971 Indo-Pak wars. 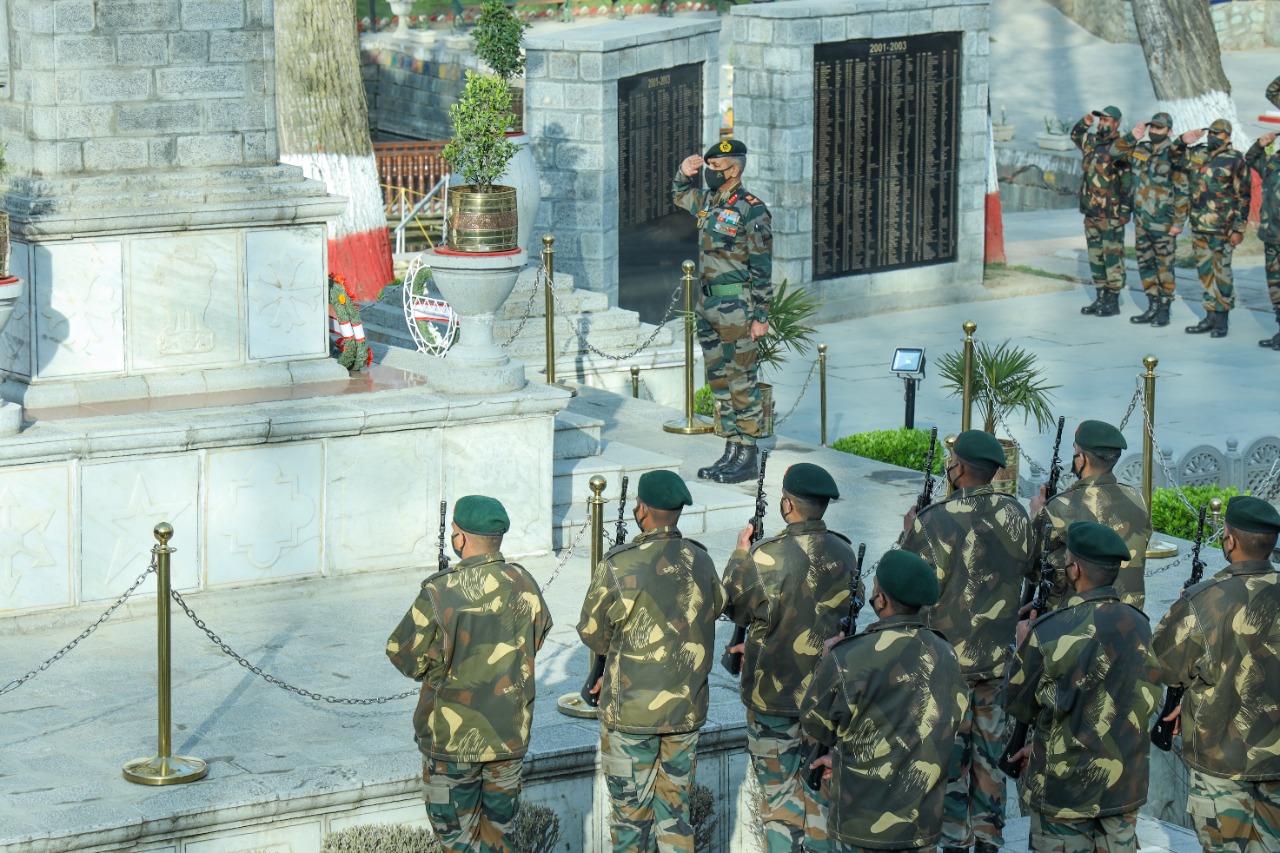 On 01 May 1972, the Northern Command Headquarters was established at Udhampur and the Chinar Corps shifted to its present location at Badami Bagh Cantonment in Srinagar.

Ever since, the Corps has been committed to the mission of ensuring the security of the Kashmir region from external aggression and internal security challenges.

Since 1989, when Pakistan launched its Proxy War against India, Chinar Corps has been successfully maintaining the territorial integrity of the Nation. Towards that end, the counter infiltration operations along LOC and counter terrorist operations in the hinterland have been the mainstay.

In the last 80 years of its existence, the Corps has been conferred with four Victoria Crosses, four Military Crosses, 13 PVCs, 20 ACs and numerous other gallantry awards and citations.

These honours highlight the selfless sacrifices of its valiant warriors.

He reinforced the expectations of the Nation from the Corps, in view of the extraordinary circumstances in which Chinar Corps is operating as well as exhorted all ranks of the Chinar Corps to continue working hard towards peace stability in Kashmir. (KNB)