It was December 2019, when the first case of COVID-19 was reported from Hubei’s Wuhan city and before one could understand the gravity of the Epidemic, China and its territories started to erupt and got engulfed in that epidemic war. From one to thousands, people started dying and within a short span of time this epidemic became a Pandemic; this time it took over the entire world.
All major nations who had been beating their drums started falling down, one after the other. It took 2 months for this Pandemic to take over more than half a million population. The gravity of this pandemic was such that humans became numbers, and the count is still on.
In all this, we realized that no nation, big or small, wealthy or poor, developed or under developed is worth enough to hold the pandemic that has now taken over 800,000 people out of which 39,000 have died and still we dont know where the count ends.
Another important thing we realized that despite the helplessness in our fight against the Pandemic, we couldnt stand united as one and we never left the oppurtunity to defame each other, be it in the name of race, religion or sect. For some it was a “Chinese Virus”, for some it was a wrath of God against Non-believers and for some it was a planned biological attack.
In all this, the Pandemic made no such discrimination. It was same for the Chinese, Americans, Europeans, Arabs and Persians. It also didnt discriminate to the fact that it made people to close down the Night clubs in some nations and it even made the doors of worship to be closed down as well.
The basis of writing this article is that, we are all fighting against this Pandemic but are reluctant to accept and understand the situation we are into. We haven’t changed ourselves and same goes out in every country.
In India, one Muslim Religious gathering became a point for many people to defame, abuse, insult and project Muslims as the ones who are spreading the Pandemic in India; least they forgot that the Pandemic knocked its door far before the event took place. Firstly, the organization has been holding such gatherings since many years and it is not new to any Government but this time it was a different case. Firstly, I do hold the organization at fault since they could have deffered the event in view of the Pandemic situation that was going all around the world and knowing the fact that people especially from different countries will be participating in the event, it could become the best breeding ground for the virus to spread in case even a single person has it. On the other hand, the Delhi government cannot run away from being guilty since they had complete knowledge that such an event was taking place and they mismanaged and were inefficient to screen all those foreign delegates who came to attend the event.
The day lockdown was called by the Indian Prime Minister, the organization stopped the event and started sending back people who had come from different places. It is a different point of argue that they asked for passes and transport and the government delayed it but Let us not ignore the fact that both of them were late to make a call since the pandemic which has never been discriminatory towards all humans since its arrival started doing what is it better known for.
On the other hand, few Indian media channels couldnt find such a blessing in disguise to start the Islamaphobia propaganda on their channels. One such channel went so low that they called Muslims as those who are breeding terrorism and are injecting the virus into its people to kill the Non Muslims.
Seeing all this, I would say with pride and honour that I love this pandemic virus, atleast it never remained divided in spreading. It never looked at the humans as Hindus or Muslims or Christians or Atheists.
Another interesting thing I witnessed that happened in Pakistan. Apart from one incident where a muslim brother stabbed another muslim brother just because the latter stopped him to enter the mosque just to make sure that it doesnt convert into a congregation prayer; Sunni Muslim brothers were seen abusing Shia muslim brothers and claiming that Iran is sending this virus to Pakistan to kill them and Shia Muslim brothers were busy in looking how many Arab Muslim brothers have died in this pandemic. Everybody busy in claiming their divine immunity towards the Pandemic.
So the whole focus, be it in any place of the world changed from fighting against the pandemic into a war of different races, religion and sects and it feels disheartened that we are still on it and no pandemic can change us unless we change ourselves.
The Wrath of the Divine is still upon us and all I hope is that we understand that humans are dying together and we are divided.

Amid lockdown, Rajouri man starts cycling from Mumbai to reach his ailing father 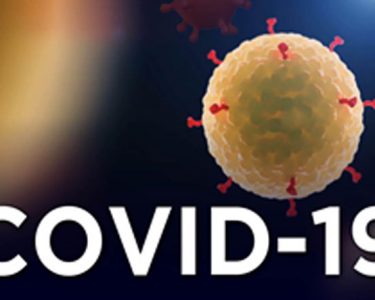 Right to Dignity and Dignified Burrial During and… 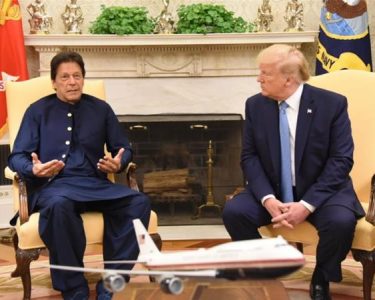 Trumps Mediation: Just an Offer Of Beyond? 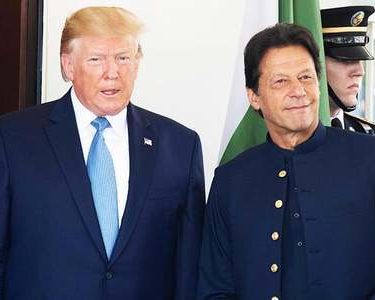 Imran Khan’s US Visit-Implications for India